Impressions of the City

Above – grinding sesame seeds for oil on the outskirts of Khartoum

This a cultural post for Women’sLiteracySudan. Visit Community Literacy to learn more.

“At night, seen from the air, the city of Khartoum appears to float untethered in the dark void, a glittering tray of precious stones strewn across a sheet of obsidian. it seems to whirl out there, a lost outpost far off in space, reeling like an electric dervish on through infinity.  Beyond the halo of light there is nothing, no hint of movement or life. Nothing but the utter and complete obscurity that invites you to trust what cannot be seen, to take a leap of faith and step over the edge of the known world. It gives a sense of just how fragile the city is, encased like that, within nothingness.” 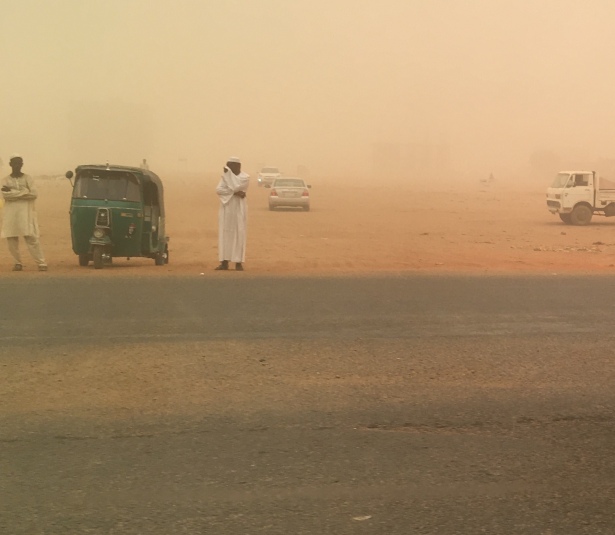 O visitor to my city…O stranger / Knocking on my city’s gate / No meal have I to greet you and no water / For the lagoon water has turned brackish / And sorrow has ruined the shepherd’s flock.

Here is the key to my city, not a key of gold/ Nor silver, my city/ My city’s key is of clay / Most pure, from Nile silt and Saharan sand.

Take it, conceal it in you heart and bury it, then return to us/ And turn the key in the city gates, wide like hope / in which the key willl shatter, disintegrate to bits./ Then return to us, we will give you another key

From Four Scenes from a City by Ali al-Makk, reproduced in The Book of Khartoum, p XV

On the road to Imtidad

“The days of Eid finally came to an end and Uthman returns to Khartoum with his small leather bag and a box full of items his mother had made him carry. Among the other things he carries are her prayers for him and all ten of his grandmother’s commandments.   In his luggage were also the faces of the people of his village, arranged carefully, alongside the keepsakes that help him endure the silent nights of Khartoum: the smell of earth, the buckthorn tree planted in the middle of their garden, the memory of his dead father and Nadja’s eyes, the eyes he has traveled with since he first left.”

Next Eid – Badawir Basir, in The Book of Khartoum, p28 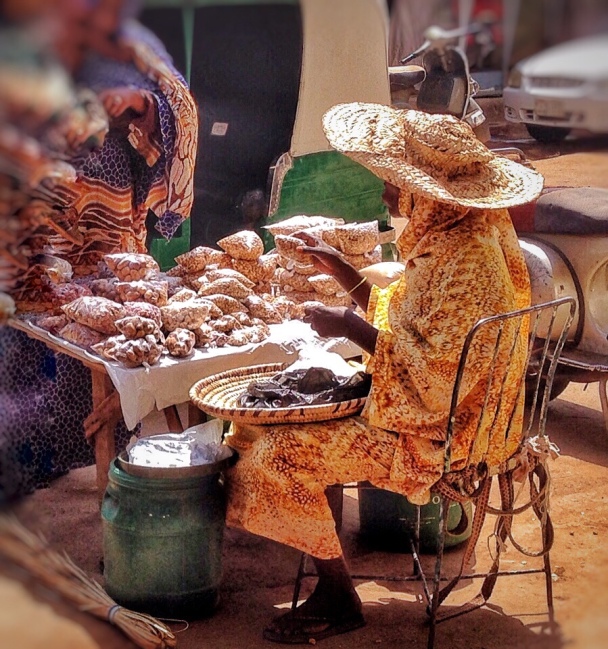 “The boat builder who’d promised to conquer Mecca and its wells for himself.  The man who’d led thousands, and who’d defeated the Turks and the infidels wherever they were.  The man whose name the people kept finding on leaves and eggs the year he was born. The man of legend who’d created the dream.  And then passed away, leaving it behind.”

Hammour Ziada – The Void, published in The Book of Khartoum, p70 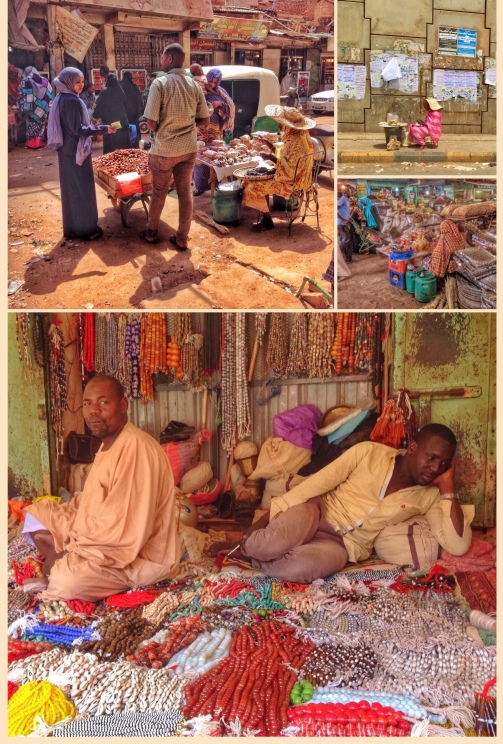 On the road to Omdurman and Omdurman market

On the Khartoum Omnibus: Stories of Sudan’s Cosmopolitanism

Raphael Cormack’s selection of stories reflecting the diversity and human challenges of the metropolis. 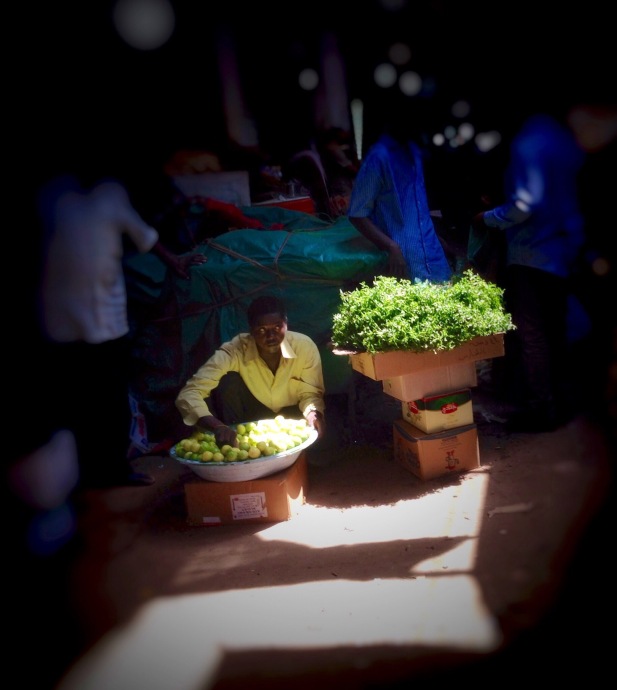 Learn more about this emblematic poem / song here:  Ya Baladi Ya Habbob -UNMIS 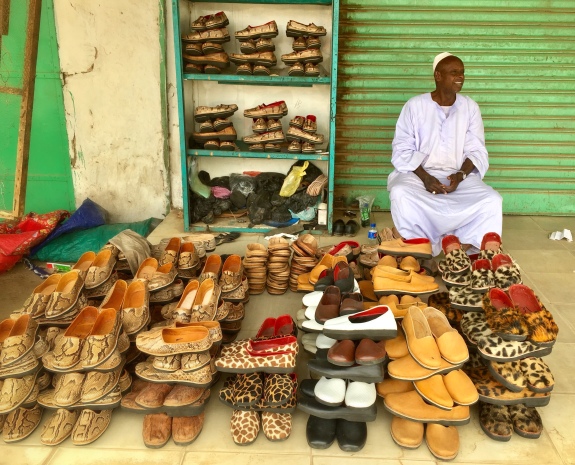 Donkey carts on the street/ Selling carrots, peppers and beet,/ Crossed-legged, markoub feet/ Is the farmer, feeling heat/ Next stop, the baobab Trees/ 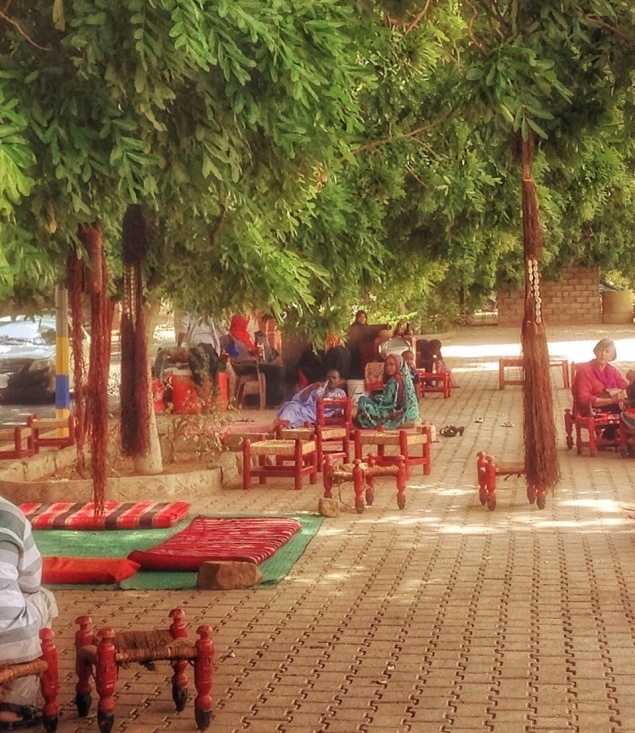 Coffee by the Nile

Colours – walking around the city

Fried fish from the Nile

“The fish is Nile tilapia, or multi, and bream, bayta. Dexterously, a young boy slices off the scales on a high table, scraping them into a silvery pile using the flat edge of a knife the size of his firearm. He splits the fish open , strips them and throws him into a basket. From there they are dipped in flour before being dropped straight into a great wide vat of bubbly oil. Flecks of silvery scales stick to the boy’s face as he concentrates on his work. The walls of the kitchen are blackened with wood smoke from the fires under the vats.  The fish float in the golden oil, stirred by a man with a handsome face and a long fork. He flips them  over deftly. Sweat pours down his forehead as he takes care of about thirty fish at a time, all bubbling on the surface. When they are done, he scoops them in to a bowl and they come out to the counter where an old man shakes salt and a generous sprinkling of cumin over them. …………It’s a stone’s throw from the river and the best fish you will ever taste.”

The Nile knows of the disgrace of cities/ That have vanished./ Knows of the old times/ Yet never speaks./ It is the Nile …../Generations will pass, and there will always be children/ Lingering on its banks/ Waiting / For it all to end.

Poem of the Nile – Saddiq Al-Raddi 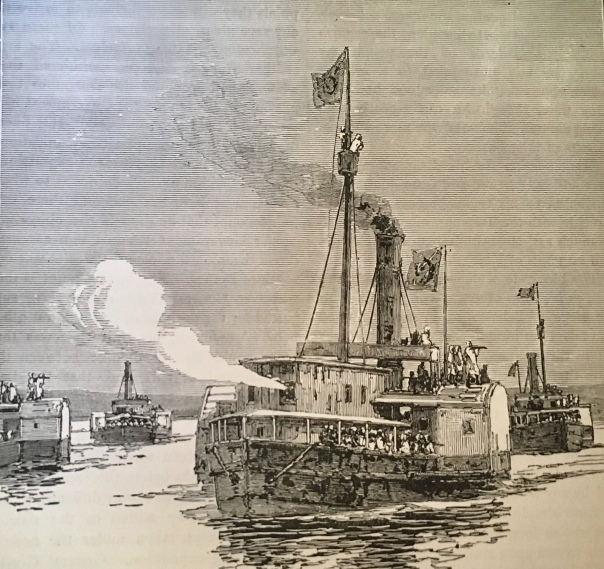 Gordon’s Steamers – The English in Egypt with Life of Gordon, 1898

Khartoum Scenes from The English in Egypt with Life of Gordon, 1898

At the confluence of the Blue and White Niles

At dawn, the river embarks in silence/ Riverbanks glean suns from the scales of /dead fish/Jostled by eddies, the aromas of flotsam and / jetsam/  bakes in the shade

Everything by Al-Saddiq Al-Raddi, translated by Sarah Maguire and Sabry Hafez 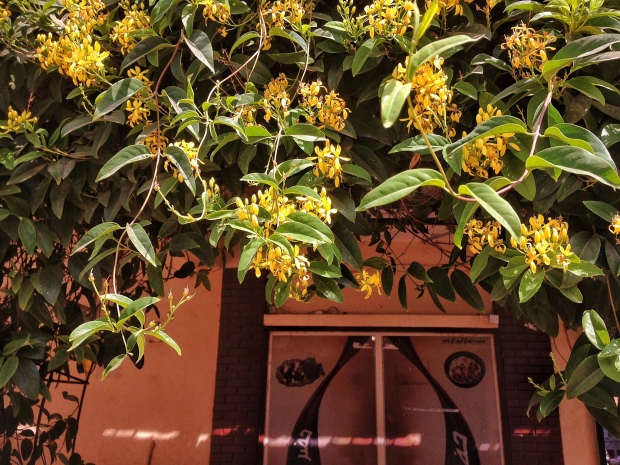 “At dusk, as the cinnamon light filters through the window above the narrow, squeaky bed, I listen as the din slowly diminishes”.

Sesame seed oil pressing in the outskirts of Khartoum 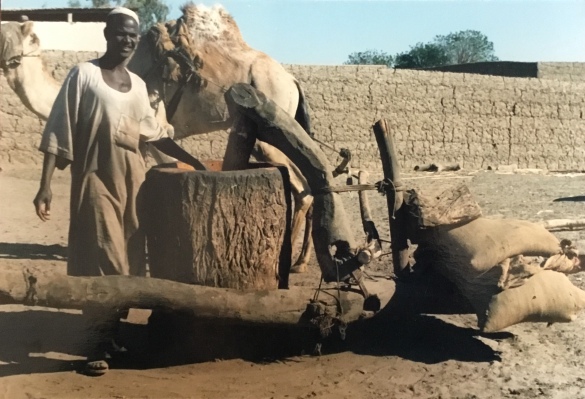